Grace, Nobility, and the Closest Animal to Heaven

In 1975, Marsha and Michael Fuerst welcomed a beautiful baby boy into the world. Matthew Ray slept with his little stuffed animal giraffe every night. But at the tender age of five months, he died from Sudden Infant Death Syndrome (SIDS). Marsha and Michael were instantly propelled into becoming crusaders for SIDS awareness, appearing on national talk shows, in local newspapers, and raising vital amounts of money to fund SIDS research. Finally in 1982, they donated a ten-foot tall Masai Giraffe named Mattie to the Los Angeles Zoo.

Lisa and Mitchell are honored to keep Matthew’s and Mattie’s spirit alive by using the giraffe as the symbol for the Fuerst Family Foundation.

The giraffe not only represents a boy who meant the world to his family, but as the tallest land animal on the Earth, it is also the closest animal to heaven. The giraffe creates a desire to reach for the skies and to see the world from a whole new perspective. Just like a great education.

Below is the original invitation of the dedication of “Mattie” at the LA Zoo. 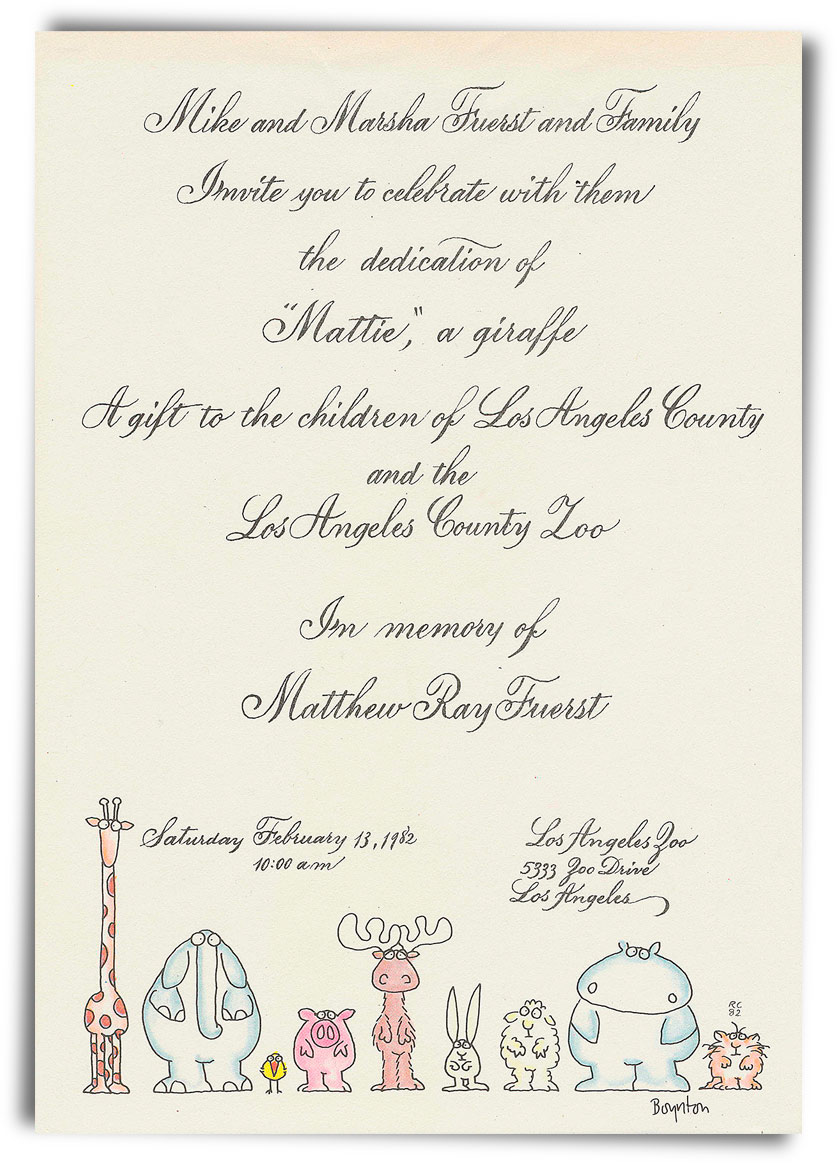 Below is a video highlighting newscasts covering the events related to Mattie’s donation.